Property History
The property was originally developed in 1948 for the manufacturing of photographic film and paper. In 1991, Photech Imaging Systems, Inc. – the last property owner – ceased operations and abandoned the facility in mid-production without a proper decommissioning. This left large amount of chemicals, raw materials, and wastes onsite and within the property’s buildings. The property remained unoccupied for decades during which time extensive vandalism took place, resulting in the release of asbestos and other regulated building material (RBM) debris throughout the building.

In 1998, the City of Rochester acquired the property through tax foreclosure. The City applied for and received a New York State Department of Environmental Conservation (NYSDEC) Environmental Restoration Program (ERP) cleanup grant for $3.4 million. The City also received $1.2 million in matching city funds and $200,000 in United States Environmental Protection Agency (US EPA) grant funds. The funds would be used to clean up the site to attract prospective buyers and developers.

There were two primary contaminants at this 12.5-acre site – heavy metals and semi-volatile organic compounds (SVOCs). Metals contamination, primarily silver and cadmium, had been distributed across the site from the historical manufacturing operations. Hazardous waste levels of metals were present in the soil and groundwater, as well as within some building materials.

LaBella’s remedial approach addressed the contamination prior to demolition, allowing the construction materials to be recycled and remain at the site for use during the redevelopment phase of the project. Building decontamination incorporated the innovative use of a portable X-ray fluorescence (XRF) meter to analyze interior building surfaces and materials, including concrete floors, walls, and secondary containment areas, for suspect heavy metal contamination.

Those areas of interior building surfaces that contained elevated concentrations of metals were delineated and then physically removed via scarification of the concrete until concentrations of metals were attenuated based on post-scarification confirmatory sampling and analysis. This approach presented a significant savings when compared to the removal of the impacted concrete as a hazardous waste.

Additional remedial activities included the removal of numerous underground storage tanks and more than 3,000 linear feet of underground utilities. Also, the site surface was regraded, and a new access road was installed to facilitate future development.

The former Photech Imaging site was purchased, and two of the three parcels have been redeveloped for commercial use. The cleanup and subsequent redevelopment of this site is a Brownfield success story for the City of Rochester. Not only have the identified environmental concerns been eliminated but so has the long-term liability for the City. Business and productivity have been restored, and the safety and overall appearance of the property and surrounding area has been immensely improved. 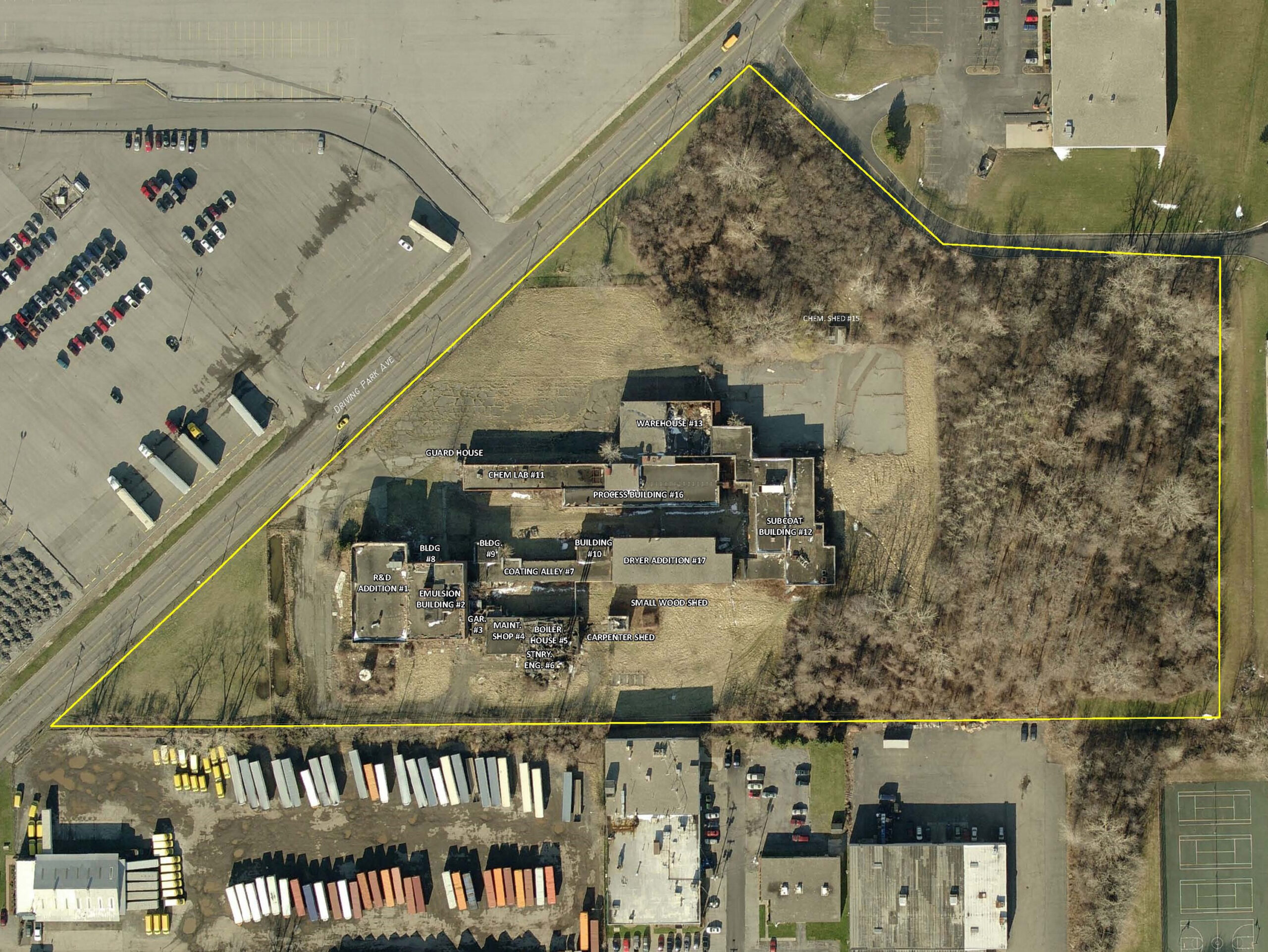 City of Rochester and NYSDEC

LaBella issued the Final Engineering Report in January 2014 and continues to perform annual monitoring for the current site owner.