Introduction to the NYS Environmental Bond Act of 2022 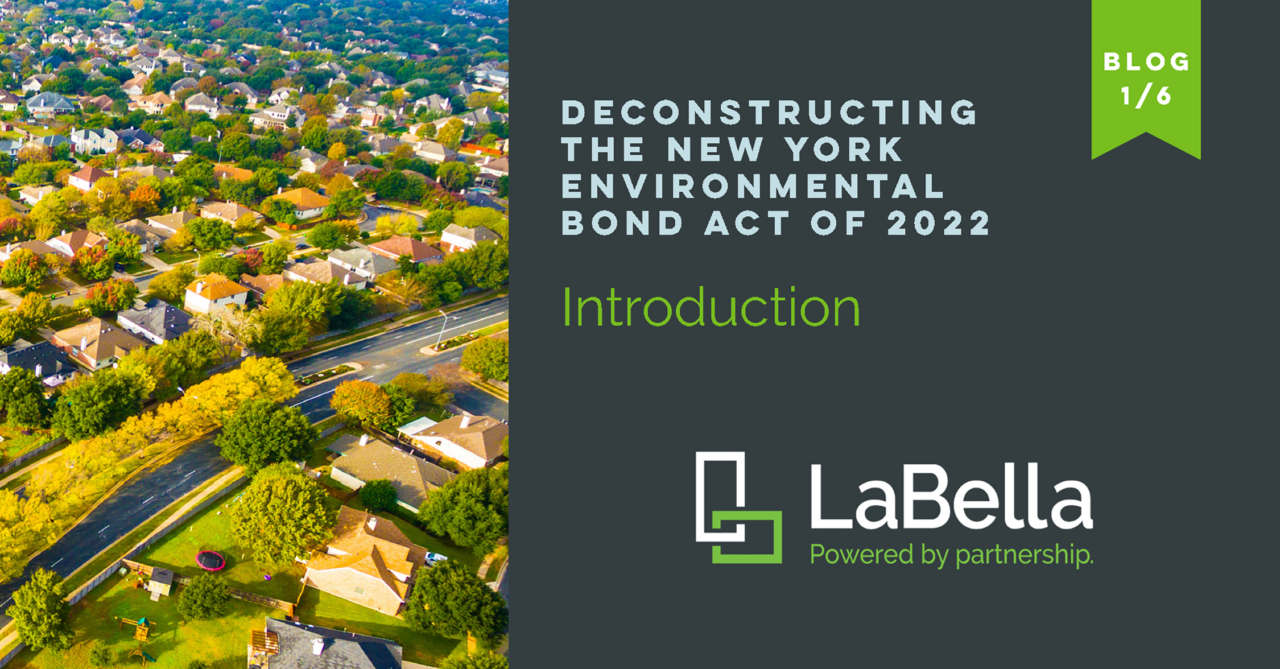 On November 8, 2022, voters in New York State passed the Clean Water, Clean Air, and Green Jobs Environmental Bond Act of 2022. This bond act passage is unprecedented in both funding size and direct intention to ready New York State for climate change impacts. The last time a comparable environmental bond act was passed was over a quarter century ago in 1996.

The 2022 Act allots $4.2 billion to preserving, enhancing, and restoring the State’s natural resources while reducing the impacts of climate change. Over half (~62 percent, $2.6 billion) of the funding is allocated to restoration, flood risk reduction, and climate change mitigation, while the rest is planned for land conservation, recreation, water quality improvement, and resilient infrastructure. Additionally, 35 percent of the total funding is directed to be spent within disadvantaged communities.

Money will be allocated to the following types of projects:

Details on how funding will be distributed over the coming months and years have yet to be released. Our team of experienced grant writers are closely monitoring the implementation process.

What’s Next?
So how might the Environmental Bond Act affect your business or municipality and shape the future of New York State? Stay tuned – our experts will break it all down for you in the coming weeks. We’ll explore the effects of this Act on climate resilience work, municipalities, the affordable housing market, electrification of existing and new construction, and renewable energy. Next up – what kind of climate resilience work will be funded under this Act?

Celia is an Environmental Analyst with a background in county planning and economic development, as well as environmental compliance and permitting. Using GIS to analyze and communicate data, Celia helps developers and municipalities navigate local, state, and federal renewable energy rules, regulations, and requirements.