The Pike Company led a team, which included LaBella Associates, to design and build the new Downtown Rochester Intermodal Transportation Center. LaBella provided a range of architectural, engineering, environmental, and survey services for this project.

The new facility, which replaces the existing Amtrak station, serves as a hub for Greyhound and Trailway buses and is used by over 140,000 people each year. The National Passenger Railroad Corporation (doing business as Amtrak) continues to own and operate the station, which was built on the site of the existing station at 320 Central Avenue.

Keeping the features of the famous 1913 train station designed by Architect Claude Bragdon in mind, LaBella reworked the floor plans and the building elevations to mimic the classic cues from the original train station as an appropriate homage to the original architect. 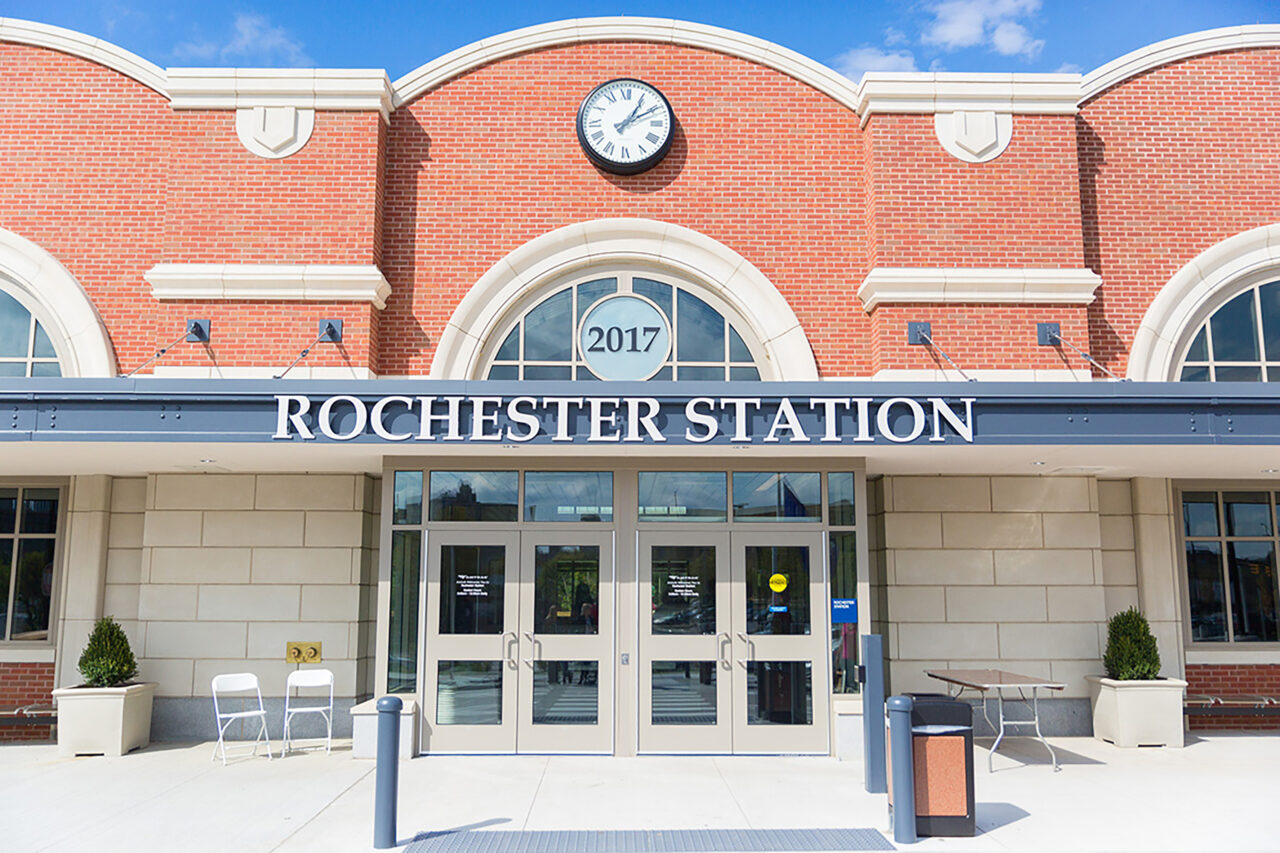 One of the key exterior elements and focal points is the majestic clock that hovers over the main entrance, a traditional element that helps passengers be on time for their train. On the interior, the floor plan was opened up by arranging all the retail space around the perimeter, offering direct sightlines to the incoming trains. This also provided an opportunity to bring more natural light in through the front and back of the building to make it bright and welcoming. Interior finishes included the terrazzo floor pattern, which was designed to be a focal point in the main concourse and helps to emphasize the open floor plan. 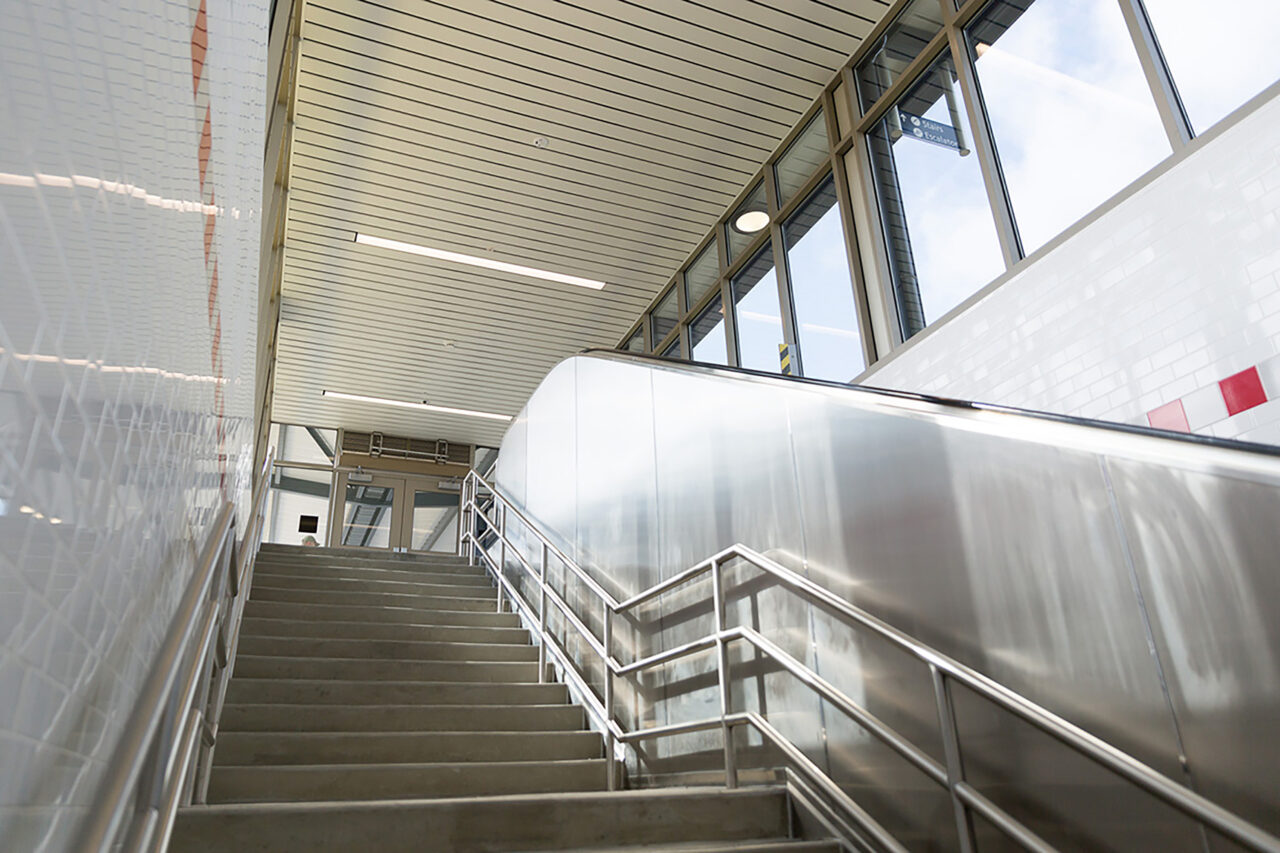 As a fully accessible station, passengers have their choice of taking an elevator or an escalator down to the tracks below and safely up to the platforms to ready themselves for their trip. Modern glass enclosures were provided at access points on the platform to accommodate year-round use. Furthermore, many of the original steel platform roof structural elements were able to be salvaged and reconditioned as part of the stations historical connection to the past. 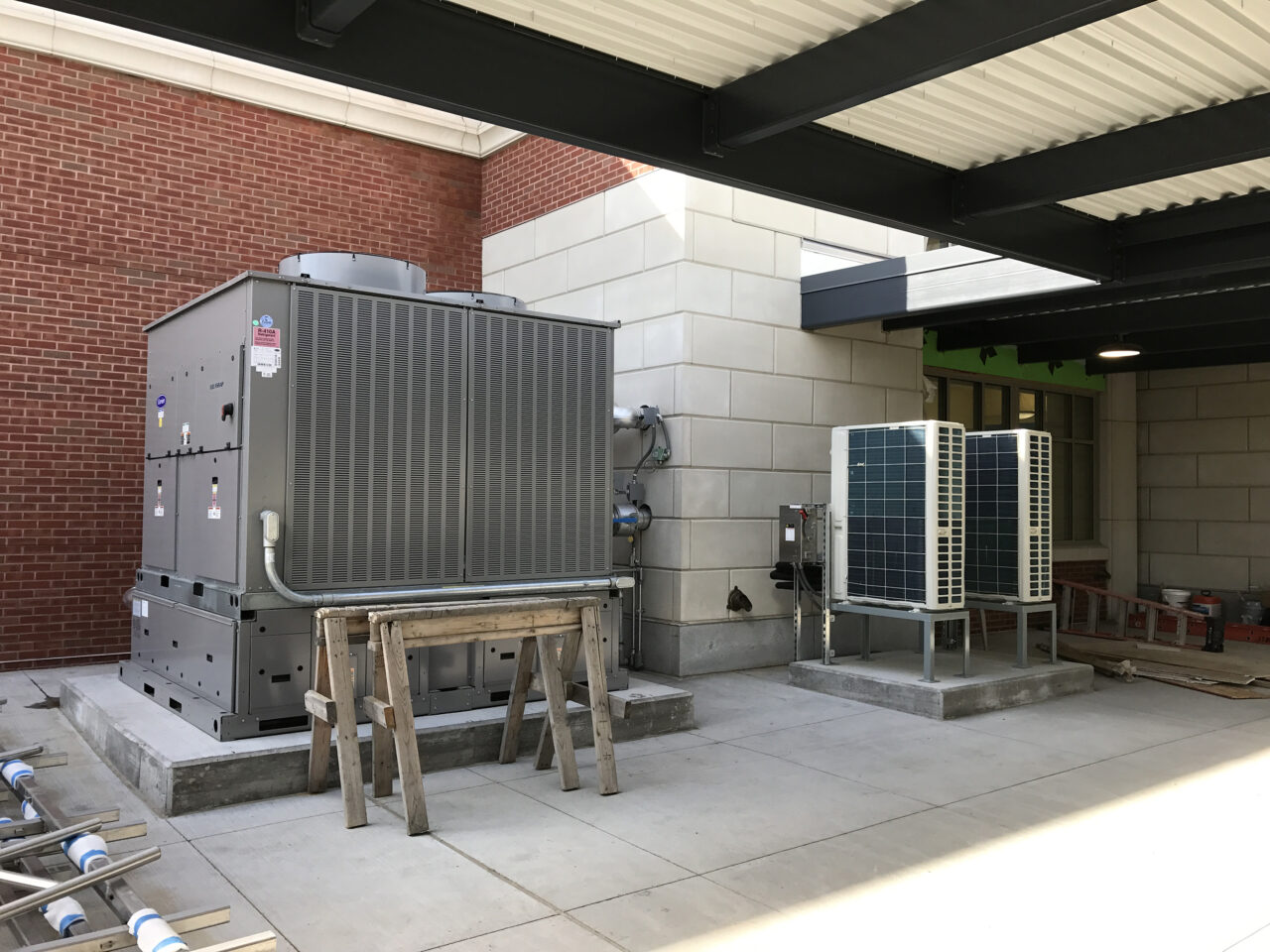 In addition, in-floor radiant heating is used to temper the passenger concourse and platform waiting areas during cold weather. The platform waiting area is cooled with exhaust fans and motor-operated louvers that allow airflow through during warmer weather. The building control system monitors building energy use with both electric and gas meters and provides an energy use display to passengers inside the main concourse. 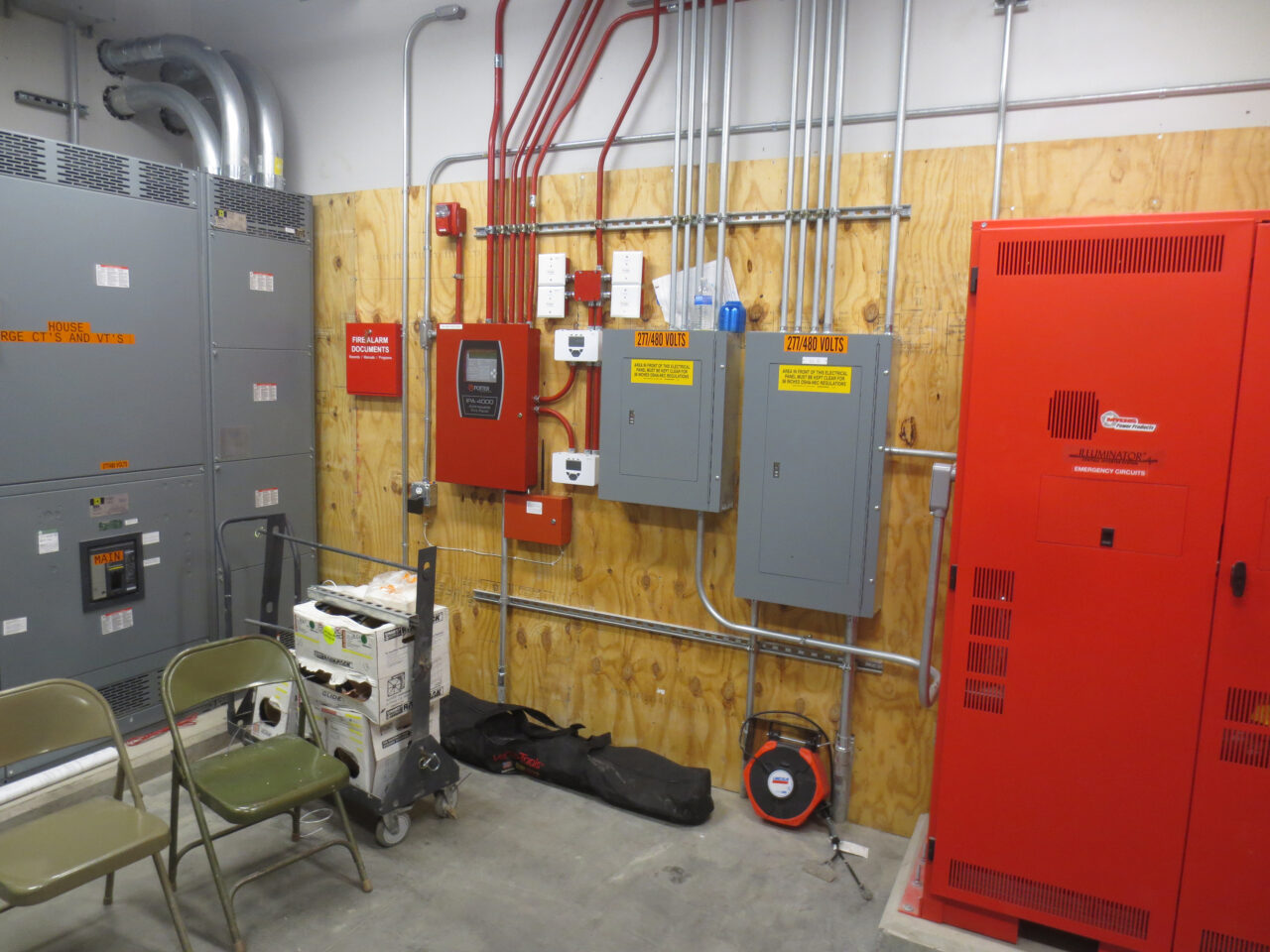 The Rochester Train Station features a diverse array of electrical systems. The station has an 800A electrical service with separately metered tenant services. The main service is backed up by a natural gas generator to provide full facility operation in the event of a utility power failure.

In addition, the train station, tunnel, and platform are covered by fire alarm, CCTV, paging, communications, and passenger information display systems. Access control and intrusion detection systems are also utilized throughout the building. 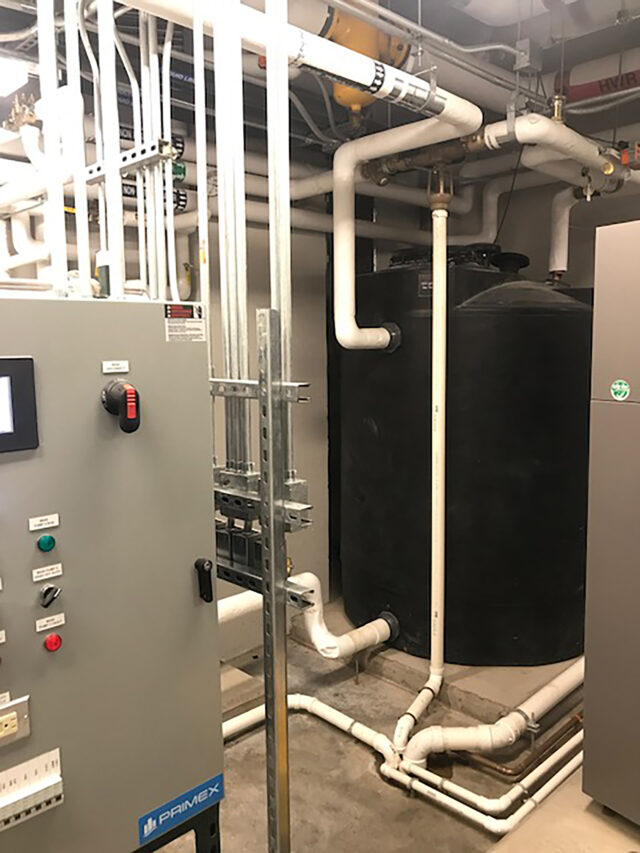 The plumbing systems include storm drainage for the platforms, accessible restrooms on the ground level (at grade), and utilities located below in the concourse level. These utilities consist of the water service entrance, a backflow preventer, a domestic water plant, a treatment skid, and a day tank. The fire protection system includes a 6-foot fire service, a backflow preventer, and a wet pipe sprinkler system. 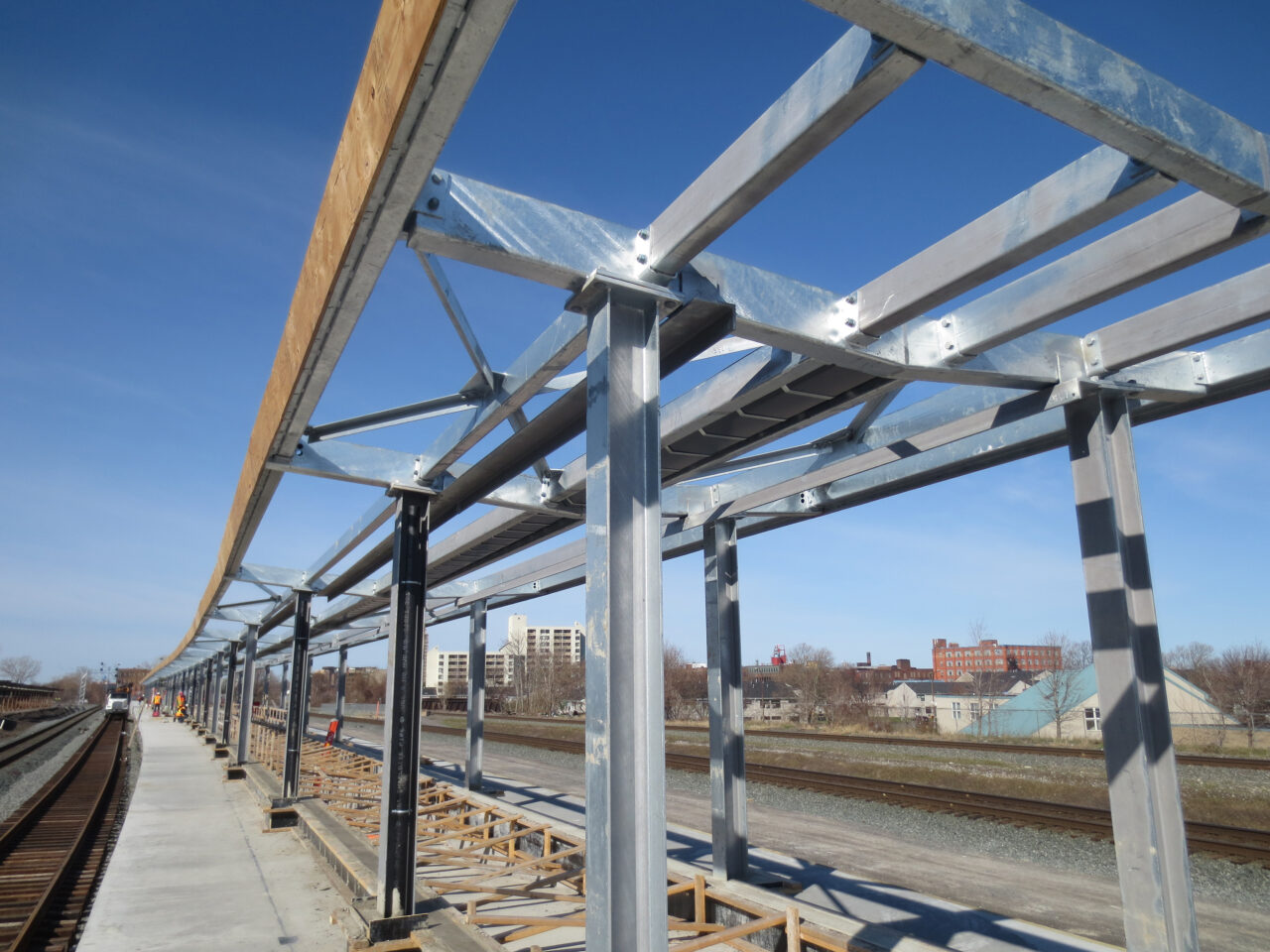 LaBella provided a substructure design for a deep foundation H-pile system with pile caps and grade beams, in conjunction with a mat foundation for an underground pedestrian tunnel below the railways. The superstructure design consisted of a steel moment-frame system for the station building and a braced column design for the train platform canopy.

LaBella provided survey, bridge inspection, load rating, and bridge design services for four CSX-owned structures that required modifications to support the new railroad track alignments. Our team was responsible for the reinforced concrete design of the underground portion of the station building, including a tunnel passing between the station building and the elevated platform.

Additionally, our team was directly involved with the design production and NYSDOT approvals for all design units associated with the rehabilitation of the 1902 and 1913 structures that were to support the new railroad track alignments. The design achieved a minimum AREMA Cooper E60 rating at normal live load capacity for each bridge. We also provided construction support to address field conditions and necessary design changes, coordinating our work with other engineers and architects where necessary.

Working alongside our design team, our environmental experts provided testing, design, and oversight throughout the project. Following a review of existing reports, our hazardous materials team provided testing and design services associated with several structures that would be impacted by the new facility. Suspect materials, including asbestos-containing materials (ACMs), lead-based paint (LBP), and polychlorinated biphenyls (PCBs), were collected from the existing train station, several bridges, and two adjoining tunnels. Our team also helped develop hazardous material removal plans and project specifications to assist with the overall design process. 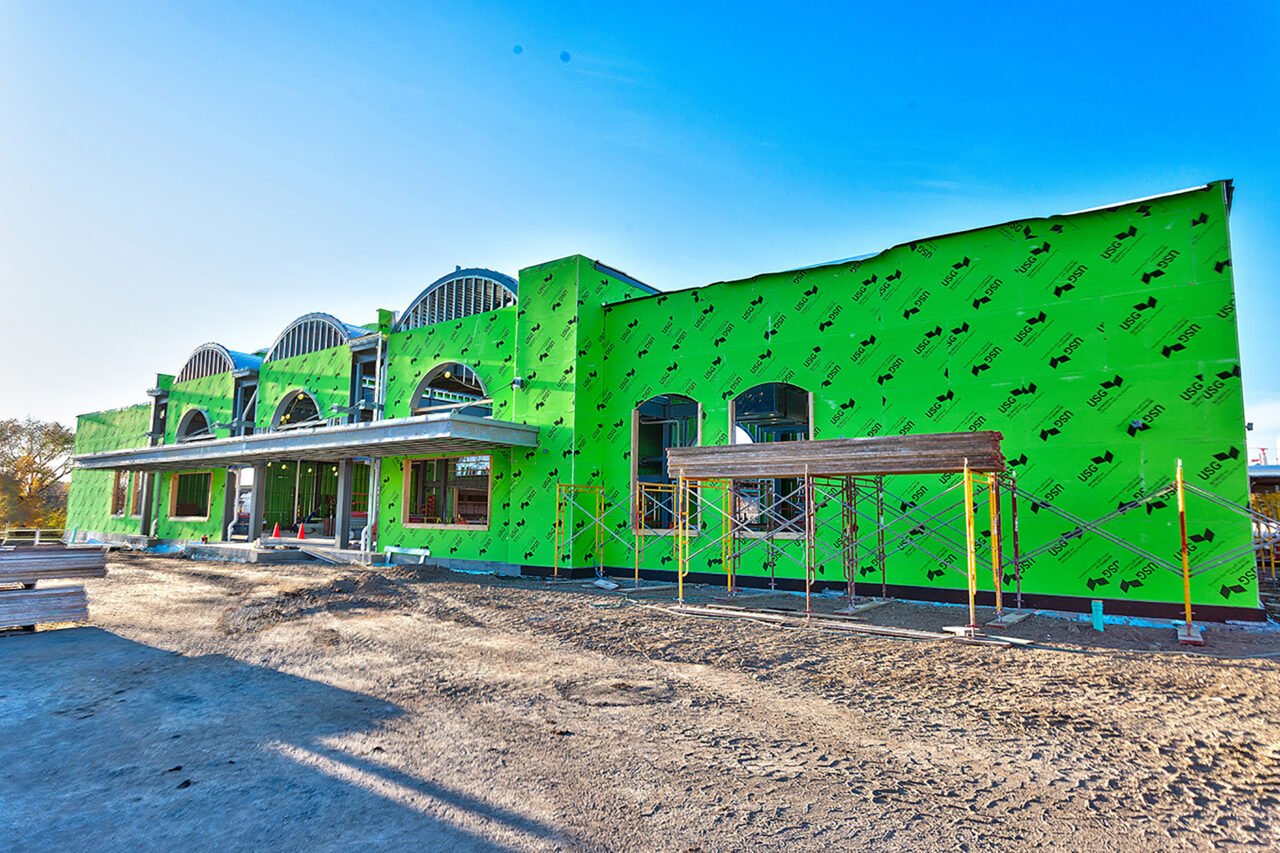 Additionally, we prepared a Contaminated Material Handling Plan (CMHP) to support appropriate decision-making in regard to the screening, segregation, stockpiling, transportation, and disposal of petroleum-impacted soils identified on the property. The CMHP addresses the health and safety of construction workers and the general public when contaminated soils are encountered. Our environmental team also provided air monitoring during soil excavation and collected samples from stockpiled soils for analysis to ensure proper disposal. 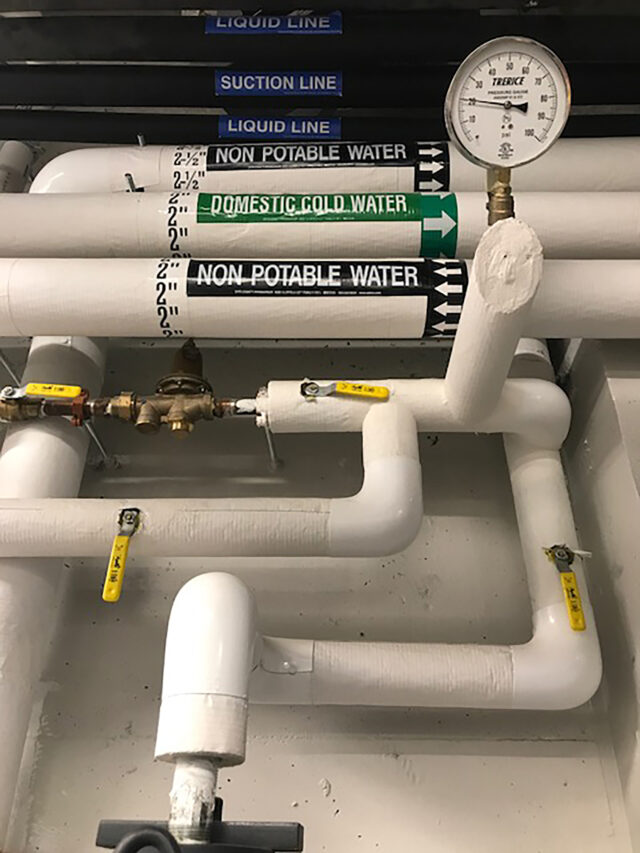 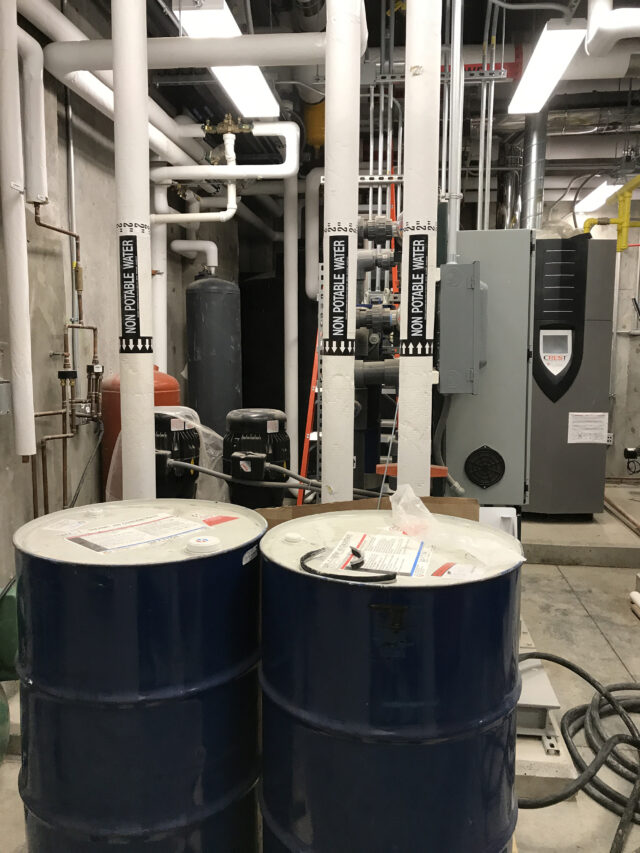 The station meters all energy sources for benchmarking, including domestic water. Electric metering is provided at the building service, with submeters provided for lighting, plug-loads, and mechanical equipment power consumption. All meters are tied into the building energy management system for monitoring.

The design also incorporates photovoltaic panels along walkway/platform roofs, on the main building roof, and on area lighting poles to offset building energy costs. Additionally, an energy display is furnished in the building to provide the public with real-time consumption information, including energy demand for electric and gas, daily average and peak demand, and total annual energy consumption.

Other sustainability items on this project include a rainwater harvesting system. Rainwater is collected from roof drainage, stored in an underground tank, and filtered using ultraviolet lights for bacteria control. The water is then pumped for use in flushing water closets and urinals. The water can also be utilized for irrigation purposes through a hose bibb on the exterior of the building. Signage indicates the water is non-potable.

In early 2019, the Louise M. Slaughter Rochester Train Station project received the Diamond award from the American Council of Engineering Companies (ACEC). The project was recognized by the New York ACEC chapter and the National ACEC organization!