LaBella Associates was selected by Tyler Union Foundry to assist with the development and execution of a Self-Implementing Remediation Work Plan in accordance with the Toxic Substances Control Act (TSCA) for the North Storage Yard located on Tyler Union property in Anniston, Alabama.

The North Storage Yard, which is approximately 2.54 acres in size, is located within the north-central portion of the property along the northern boundary of the Tyler Union facility. Prior to this project, the North Storage Yard was primarily covered with asphalt and concrete, had natural vegetation around the perimeter, and was bordered on three sides by unnamed tributaries of Snow Creek.

The investigation and assessment activities described in the Plan were conducted in accordance with the TSCA regulations as established in Title 40 of the Code of Federal Regulations, Part 761 [40 CFR §761]. The activities conducted to remediate materials containing polychlorinated biphenyls (PCBs) were in accordance with the Plan approved by office of the PCB Coordinator, USEPA Region 4, and were described in a follow up report.

The following is a summary of the activities completed to assess and remove the contaminated fill material within the boundaries of the North Storage Yard. 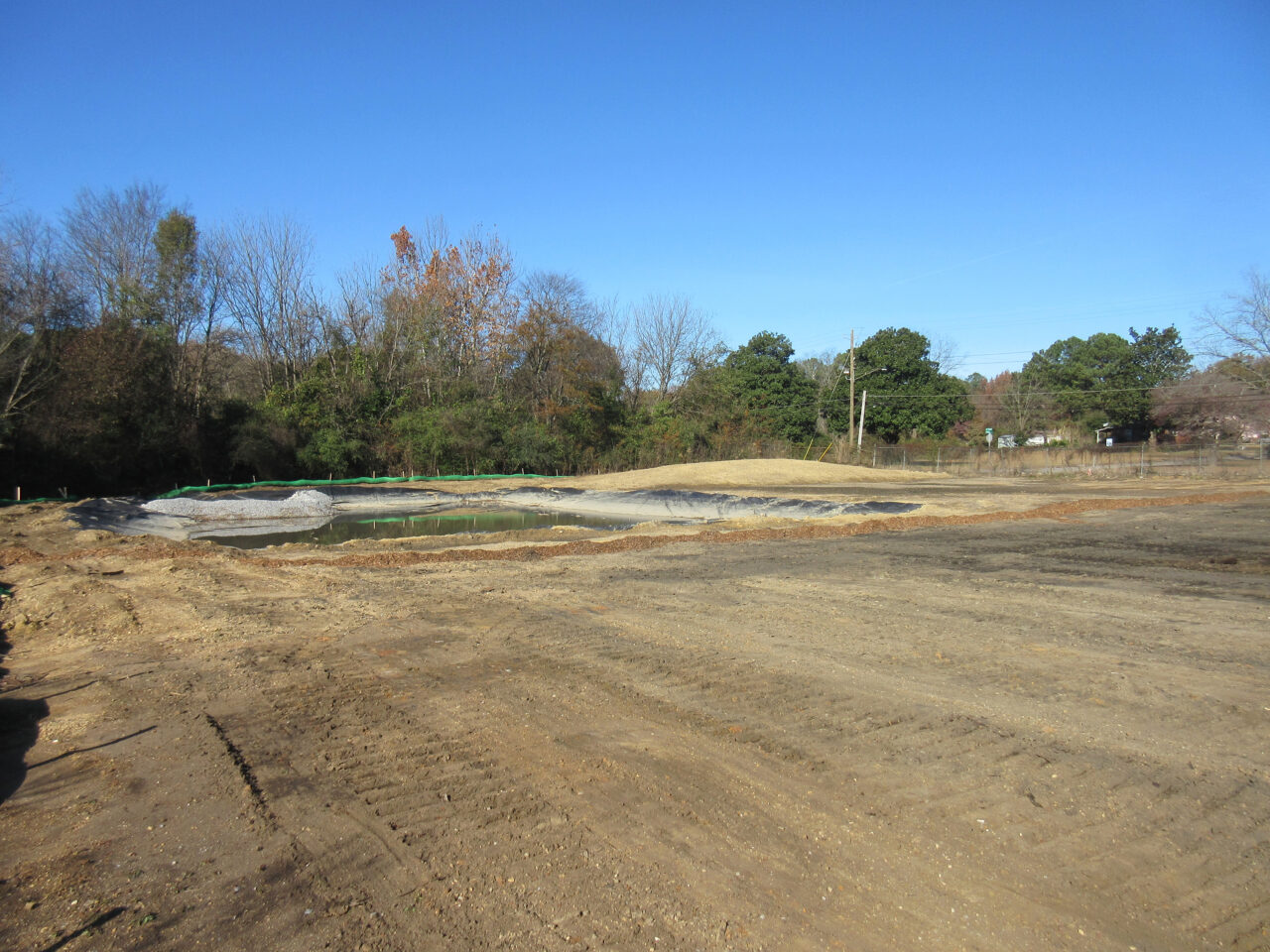 Since 1977, Tyler Union’s Anniston facility has been engaged in the casting and finishing of ductile iron fittings. The types of activities conducted at the facility include melting scrap iron in a cupola with limestone and coke; preparing sand molds for iron castings; casting iron fittings; and cleaning, milling, and cold-dip painting of fittings.

During an investigation conducted at the site as part of a lawsuit against Tyler Union, other foundries, and various industries in Anniston, samples were obtained from the Tyler Union facility and analyzed for, among other things, the presence of PCBs. The laboratory analysis of a sample collected from the North Storage Yard returned concentrations of 250 milligrams per kilogram (mg/kg) of total PCBs. 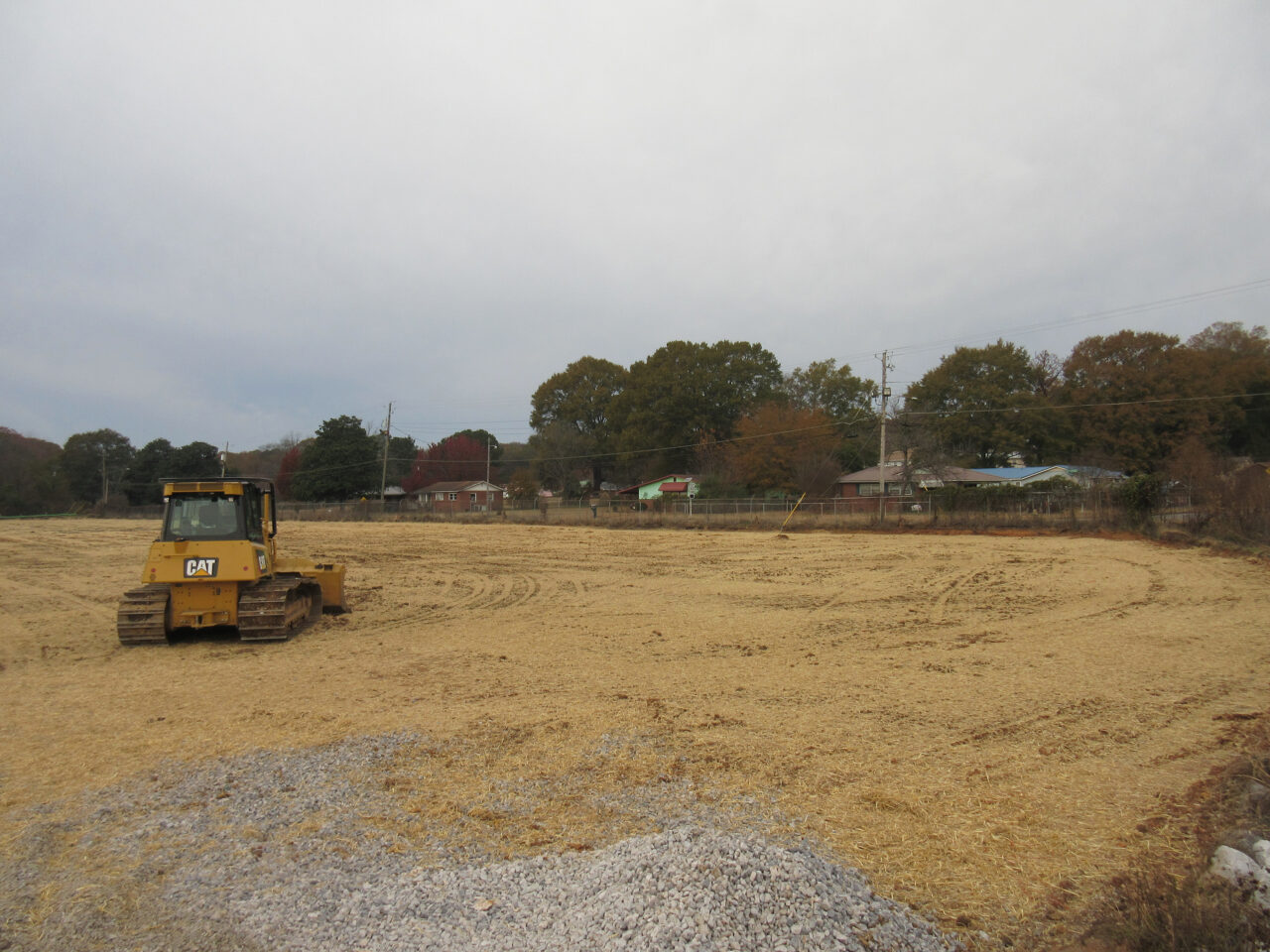 To characterize the PCB-containing fill material beneath the North Storage Yard for disposal, LaBella proposed – and the EPA approved – an in-situ characterization using an innovative Incremental Sampling Methodology (ISM). The North Storage Yard was subdivided into approximately 0.25-acre sampling units (SUs), resulting in a total of 11 SUs.

The sampling grid for each SU was generated using Visual Sampling Plan (VSP) software available from the Department of Energy (DOE). This approach subdivided each SU into 30 equally sized grids and used the VSP to randomly generate the placement of the sample point within one grid, which was then repeated within each of the remaining 29 grids within each SU.

A 2-ounce aliquot (by volume) was collected from the material in the primary core barrel from each of the 30 boring locations within the subsurface fill layer within each SU. The suspect fill layer was visually identified within each core and was typically present within the upper six inches of fill just below the asphalt cover.

The asphalt samples were held at the laboratory pending the results of the analysis of the fill layer sample from that SU. In the event the SU sample returned a total PCB concentration greater than 50 parts per million (ppm), the composite asphalt sample collected from that SU was analyzed to determine the appropriate disposal option for the asphalt cover.

Since the detected PCB concentrations exceeded 50 ppm in the contaminated fill layer within each of the 11 SUs and the asphalt layer of SU-9, these materials required disposal at a Subtitle C hazardous waste landfill. The asphalt samples from each of the remaining SUs returned PCB concentrations less than 50 ppm, indicating the asphalt layer of the remaining SUs were suitable for disposal at a permitted Subtitle D nonhazardous waste landfill at a greatly reduced cost to Tyler Union. 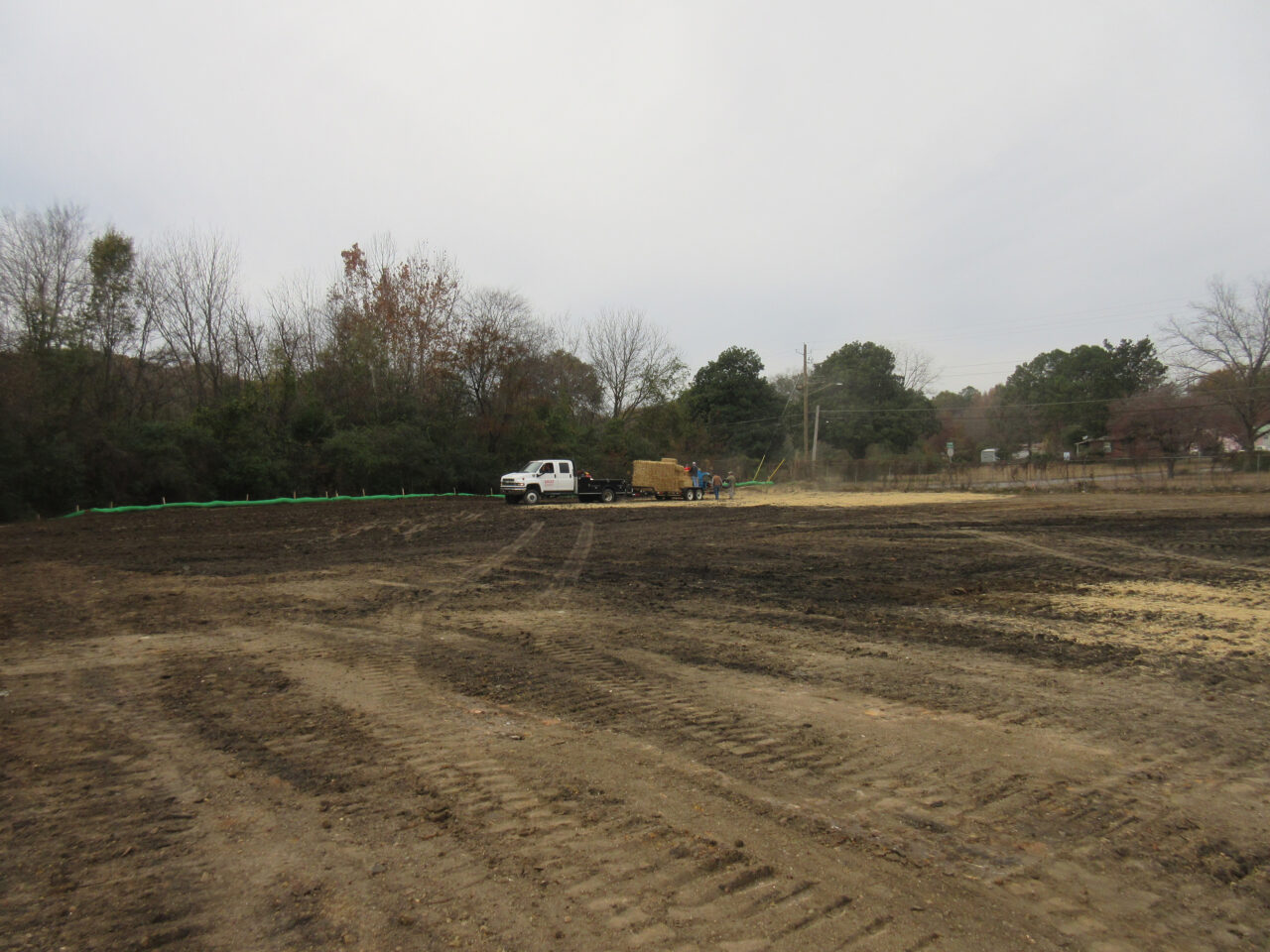 Pavement material (asphalt, concrete, etc.) was excavated and loaded directly for transport to the appropriate disposal facility based on the characterization results of the representative asphalt sample from the corresponding SU. Following removal of the pavement, the underlying fill layer was excavated and loaded for transport to a permitted Subtitle C disposal facility. 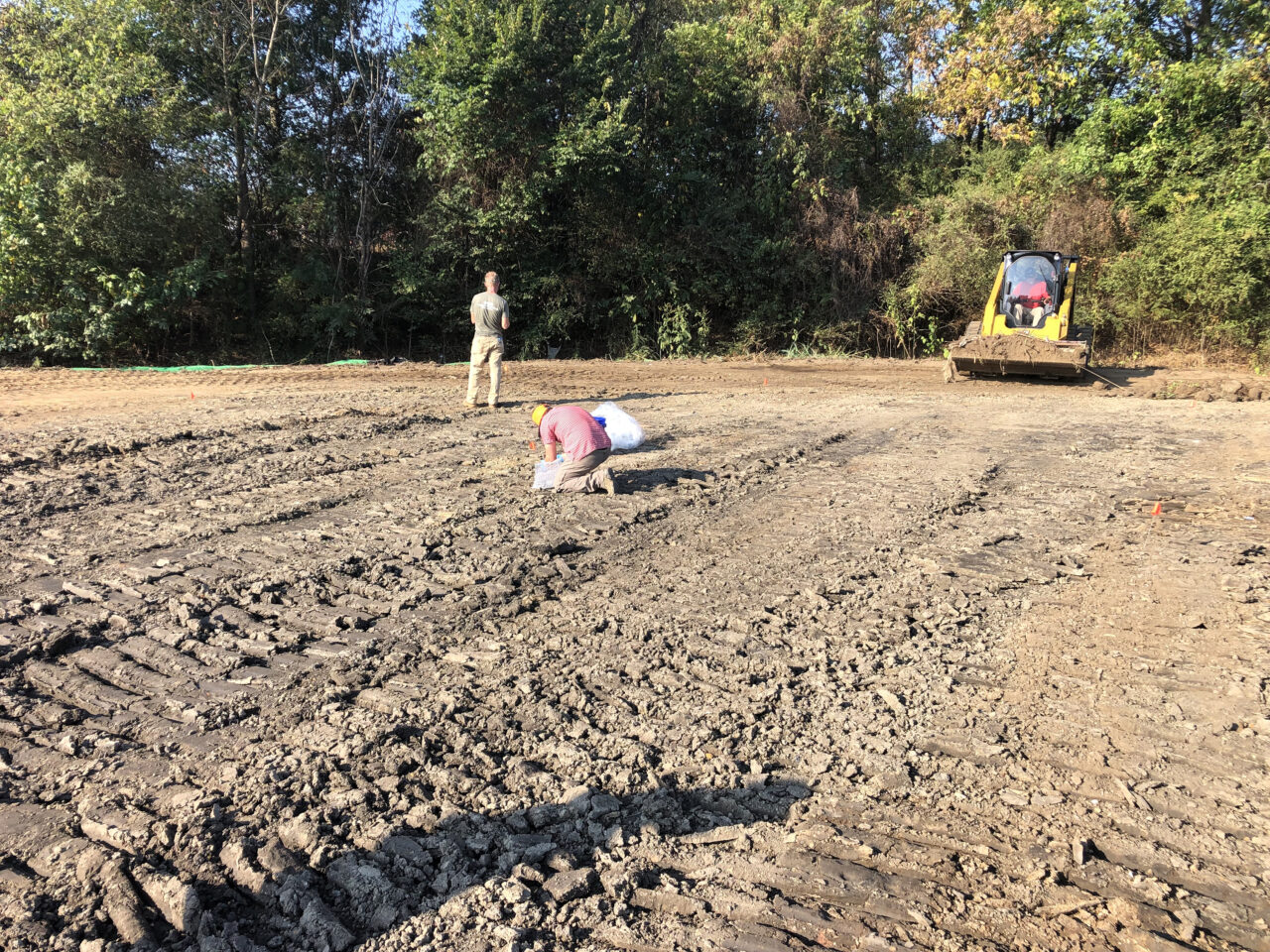 Following the removal of the impacted fill layer, the original sampling grid for each of the 11 SUs was re-established across the site for the collection of incremental samples to confirm that the contaminated fill had been successfully removed from each SU. The representative concentration for each of the samples collected from each of the 11 SUs was compared to the target cleanup goal of less than 50 ppm for total PCBs in soil.

Based on a review of the soil analytical results, only SU-2 contained a PCB concentration that exceeded the target cleanup level of 50 ppm. As such, the 30 discrete samples that were collected at each of the ISM sampling points within SU-2 were submitted for analysis to determine the specific areas of elevated PCBs within that SU. 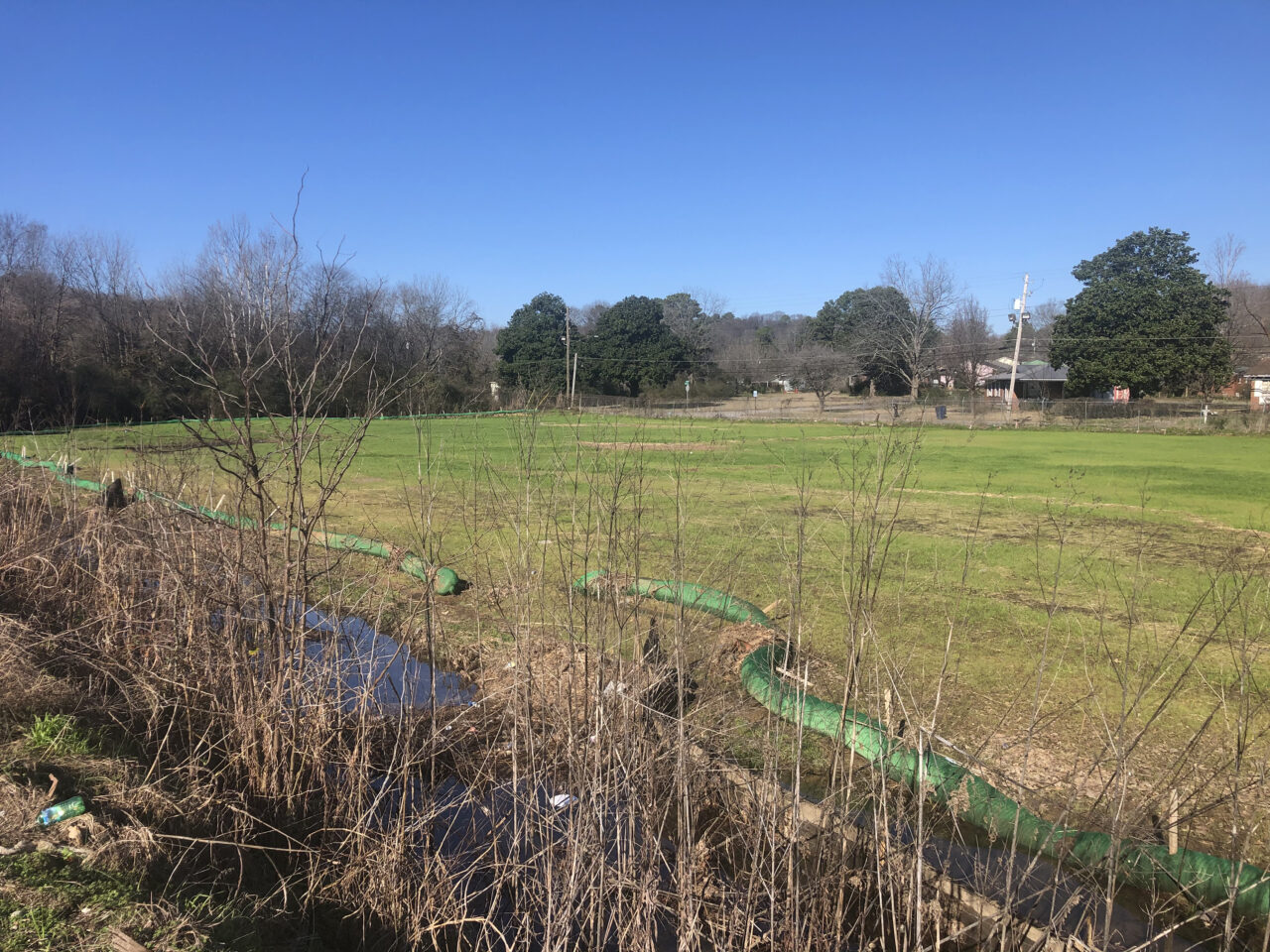 The confirmation sampling effort conducted following the removal of the contaminated fill indicated no evidence of contaminated material containing PCBs at concentrations over 25 ppm remaining within the boundaries of the North Storage Yard.

The efficient assessment and remediation of the North Storage Yard was a direct result of LaBella’s long-standing familiarity and relationships with the regulatory officials at EPA Region 4, the innovative sampling and characterization approach, and the early involvement of the EPA PCB Coordinator and his staff in the development of Self-Implementing Remediation Work Plan.

This greatly reduced the overall time to complete removal and disposal, resulting in a significant savings for Tyler Union. Using the ISM approach for in-situ waste characterization not only expedited the removal effort, but also reduced the overall cost of the project by limiting waste material handling to a single time and minimizing the quantity of material disposed of as hazardous waste.

Beyond the environmental and health benefits of removing the contaminated material, an additional benefit realized by this project was an agreement between Tyler Union and the City of Anniston to leave the finished grade of the area of excavation at a lowered elevation, thereby providing approximately 2.5 acres of stormwater retention. The areas upstream and downstream of the Tyler Union facility are prone to localized flooding; the addition of the retention area has subsequently helped minimize downstream flooding around the plant.