LaBella was selected by Getinge Group to investigate and remediate a former manufacturing site in the NYSDEC Brownfield Cleanup Program (BCP). LaBella entered the site into the NYSDEC BCP in 2016, completed the Remedial Investigation in 2018, and began remedy implementation in 2019. The site received a Certificate of Completion in 2020.

The remedy included installation and operation of an electrical resistance heating (ERH) system to remediate chlorinated solvent impacts in subsurface soil, groundwater, and soil vapor in the former plating area. ERH involves applying electricity to the subsurface and heating the subsurface to the vaporization point of the contaminant (approximately 100 degrees Celsius) via electrodes.

Extracted vapors and water are collected and treated in an on-site treatment system via granular activated carbon. ERH eliminates the contaminants in a reliable manner over a relatively short period of time compared to alternative groundwater treatment systems. Furthermore, ERH systems are effective in permanently removing contaminants to prevent rebound of concentrations once the system operation has ceased.

Our team partnered with TRS Group to design, install, and operate the ERH system. The remediation system operated for 80 days, during which LaBella collected and reviewed soil and groundwater analytical data. We worked with and advised the client once the system reached the point of diminishing returns and further operation was no longer economical.

The initial goal to significantly reduce chlorinated volatile organic compounds (VOCs) in soil and groundwater was achieved and the residual impacts are being addressed via monitored natural attenuation. The overall objective is to decrease chlorinated VOCs to a level that will allow monitored natural attenuation to effectively further reduce concentrations over time.

This collaboration between LaBella, TRS, and Getinge is one of the many ways that demonstrates how LaBella is powered by partnership. ERH systems are highly effective but also highly complex. Our environmental engineers worked closely with TRS to ensure the system would be effective in reducing chlorinated VOCs to levels acceptable by the NYSDEC, as well as minimize risk for the client. 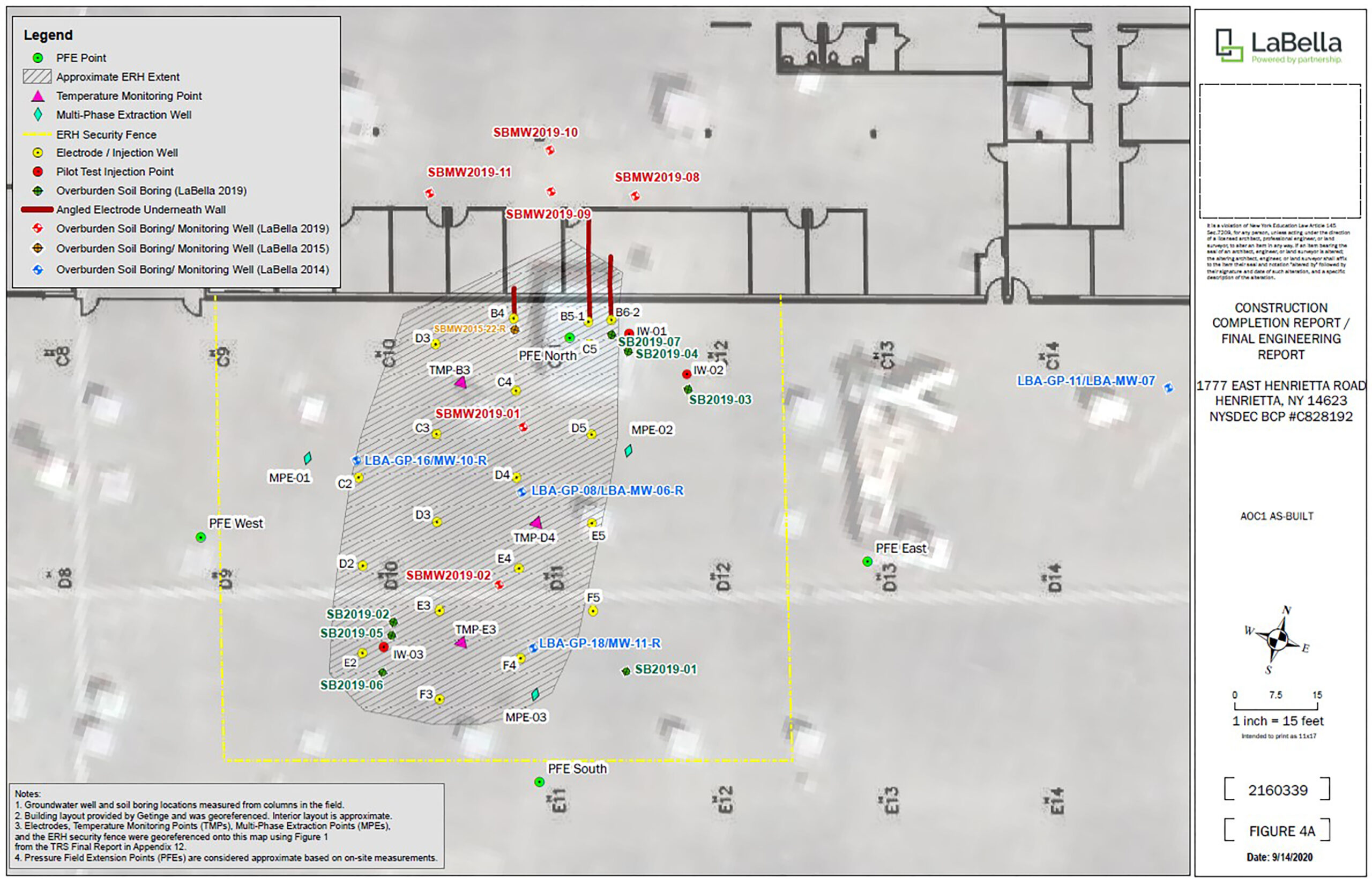