As part of the third phase of a $1 Billion reconstruction of the Buffalo City Schools, this project included a 58,000 sq. ft. addition and renovations to an existing historical school building to accommodate the overwhelming demand for Montessori education in the school district. The original building had space for 540 students, and with the new addition and interior reconfiguration, the program now accommodates 980 students.

With respect for the historical value of the original architecture, the design of the addition aims to be complementary, while creating a clear distinction between the two components – thereby preserving the integrity of both. New façades incorporate brick and architectural concrete block similar in color and texture to the original brick and stone. Conversely, flush metal panels and cantilevered classrooms suggest a modern aesthetic, contrasting the 1920s original design. Custom exterior light fixtures are a reinterpretation of the terracotta details found at the upper corners of the original structure, while ribbon windows comprise the majority of new fenestration, juxtaposed with the historic double-hung units.

The footprint of the addition is intentionally compact, promoting both construction cost efficiency and preservation of outdoor play space. It was also vital to the design concept to minimize the impact of the connection between old and new. Designed entirely of glass, the bridge connector provides both reflectance and transparency, creating a visual extension of the original façade. The new at-grade entrance is intentionally modest, preserving the grandeur of the original main entrance. 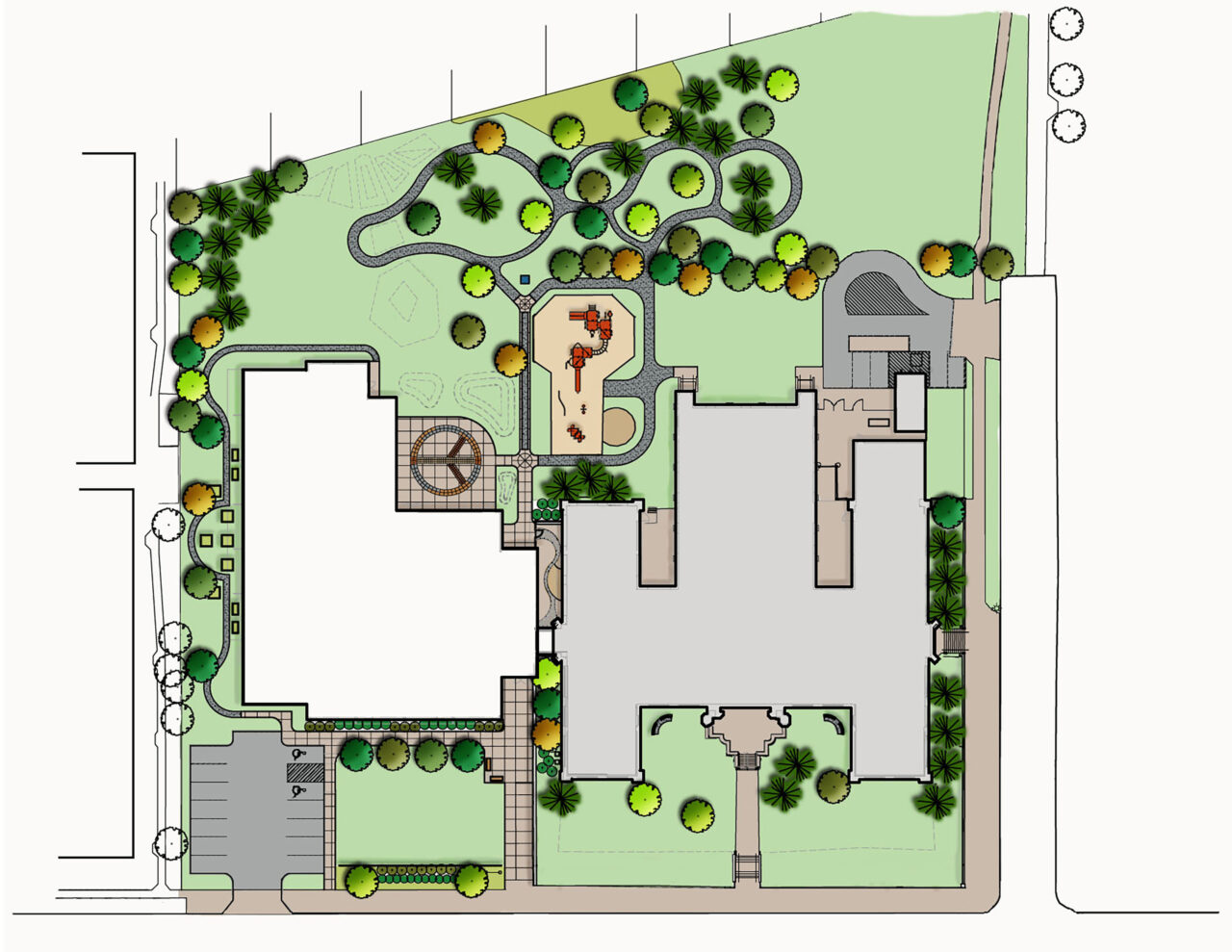 Buffalo Board of Education

The unique style of Montessori education produces an atypical building program that requires a significant amount of instructional time outside the classroom and thus distinctive aspects of the Montessori pedagogy are reflected in the new architecture, as well as the landscape design.

Group learning, connected classrooms, labs, and early childhood spaces were carefully considered and included in the interior design. On the north and south façades of the addition, punched windows represent geometric shapes – square, circle, and diamond – often used as an alternative means of language expression. Outdoor learning spaces, a major part of the educational curriculum, were developed to exploit as much of the modest urban green space as possible.

This addition/renovation project was awarded “Best Education Project” at the 2010 Business First Brick by Brick Awards!